Ashburn, VA – Sabey Data Centers has received heartfelt commendations from the Loudoun County Board of Supervisors and the county’s Marine Corps League Detachment 1205 for the company’s offer to provide heated indoor storage space, that was urgently needed for the League’s annual Toys for Tots campaign during the Christmas holidays. 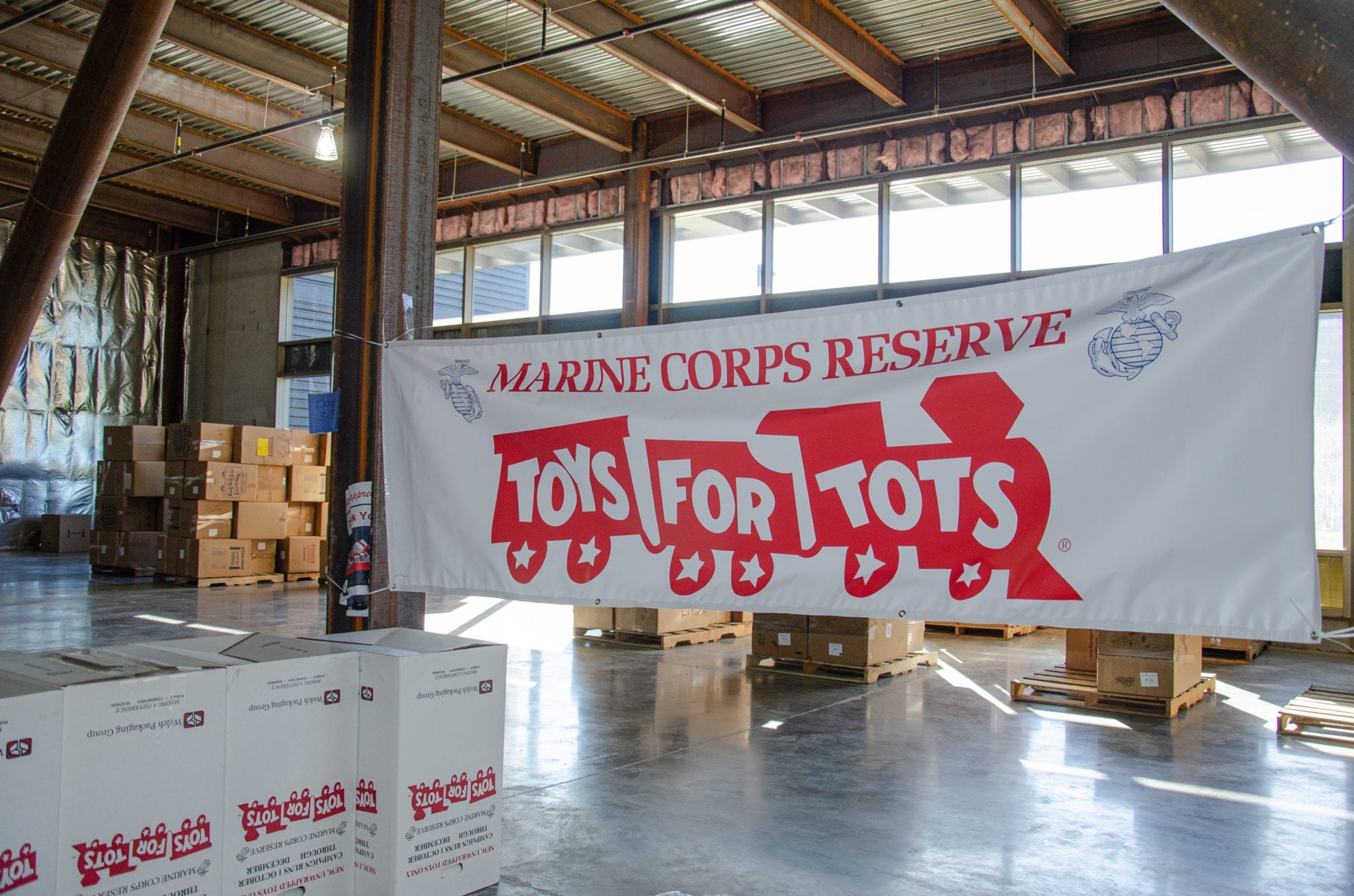 “As late as Thanksgiving, we were still seeking at least 10,000 to 12,000 square feet of space as an operational warehouse for the thousands of toys being collected throughout the area,” said Rita Sartori, who assisted her husband, Frank Holtz, a former Marine, in coordinating the Toys for Tots campaign. “Finally, right around Thanksgiving Day we were put in touch with Sabey to discuss our needs and our program.”

Ms. Sartori said her group was especially impressed by the campus security staff at the Ashburn data center, who were tasked with maintaining the facility’s high level of security while accommodating the Toys for Tots volunteers and their on-deadline mission.

Michael Whitlock, Sabey Data Centers’ Business Development & Operations Manager at SDC Ashburn, worked hand-in-hand with the Marine Corps League and its volunteers throughout the season and coordinated the campaign on the Sabey Campus.

Rob Rockwood, President of Sabey Data Centers, said, “We had the kind of space the campaign needed in our new building on the Ashburn campus; after making sure we could maintain security for our customers, we offered our help. Almost immediately, trucks started rolling in. Three things struck us about the Toys for Tots team: their spirit, their organizational skills, and their energy.  It just felt wonderful to be around people engaged in such great work. And we couldn’t get over the number of toys and the generosity of our community’s residents and businesses.”

Michael Whitlock summed the spirit of the endeavor up well. “If we had said ‘no’, we would have lost a major opportunity to help the community.”

In all, 312 volunteers helped arrange the collection and distribution of 28,000 toys to 6,800 children throughout Loudoun County.

On January 18, Loudoun County Supervisor Ron A. Meyer presented a formal resolution from the Board of Supervisors to Sabey Data Centers for its generosity.

The Marine Corps League, Detachment 1205 produced a video to tell their story.

With a portfolio of more than three million square feet of mission critical space, Sabey Data Centers is one of the largest privately owned, multi-tenant data center owner/developer/operators in the United States. Sabey specializes in scalable, custom-built solutions including powered shell and colocation data centers managed by an award-winning, critical environment staff. Consistently recognized for low cost hydroelectric power, operational excellence through its world-class data centers and sustained uptime, Sabey is proud to provide data center services to many of the world’s top financial, technology, and healthcare companies.

Will Your Data Center Support Growth?Scaling a data center is one of the most challenging tasks an organization can face.
GET THE E-BOOK
PrevPreviousPilot Fiber Joins Carrier Roster at SDC Manhattan Data Center
NextSabey Data Centers Expands Capacity at its Flagship Campus in SeattleNext