Made in Seattle: New device speeds up data center openings

Seattle, WA – The U.S. Patent and Trademark Office has awarded a patent to two Seattle-area companies for a machine used in the commissioning of data centers.

Sabey Data Centers and McKinstry got the patent for Sabey’s new “mobile commissioning assistant,” the companies said Monday. The assistant is a cart-mounted device that data center operators can use to test the power and airflow in data centers before launching operations. 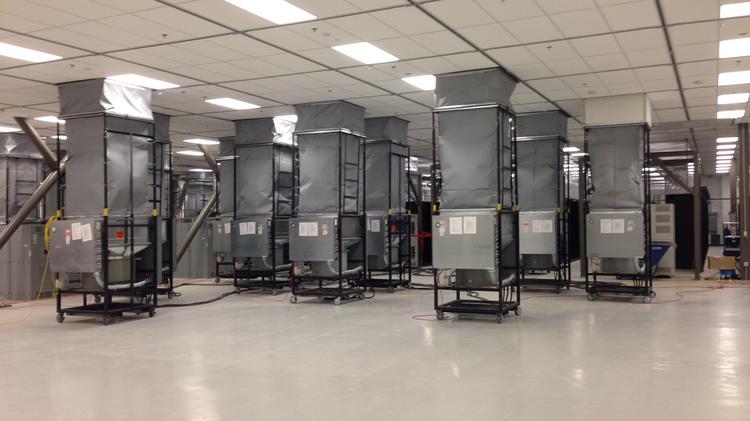 A center operator has to keep the facility at the right temperature to protect against equipment failure. Testing the power and airflow is a key final step in the commissioning of a data center, which is full of computers that generate enormous amounts of heat while they run. 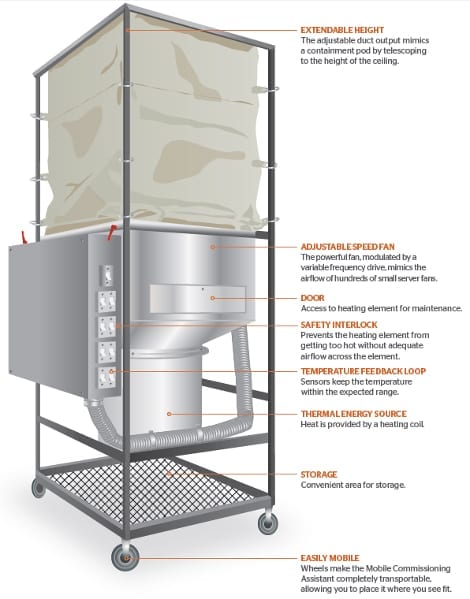 Cooling the facilities is a big challenge, though some, including McKinstry, have developed some creative solutions. The company is working with Amazon to heat the Seattle retailer’s new skyscrapers with the leftover heat from McKinstry’s nearby data centers.

Microsoft just developed a data center that can be immersed in water to keep it cool.

Still, most data centers must find ways to make sure the facilities are properly equipped before they turn on all the machines.

The standard way of testing the power and airflow through data centers relies on load bank heaters and separate fans. This equipment can be unwieldy and often has to be rented.

The new device allows developers to test both power and airflow. Sabey and McKinstry officials said this provides a more realistic environment in a way that load banks and separate fans cannot.

The new machine will speed up the commissioning process, according to the companies.

The cost of the assistant ranges from $20,000 to $25,000 and depends on the quantity ordered, according to a McKinstry spokesperson, who added that to date 20 units have been sold.

McKinstry Business Development Director Thomas Tellefson said the device will pay for itself after three uses.

Will Your Data Center Support Growth?Scaling a data center is one of the most challenging tasks an organization can face.
GET THE E-BOOK
PrevPreviousSabey and McKinstry Announce U.S. Patent of a Testing System to Speed the Commissioning of New Data Centers
NextSabey Data Centers Announces Patent Of Mobile Commissioning AssistantNext