Sabey uses Munters systems to to reject heat without adding any moisture to the data center air.

Evaporative cooling is one of nature’s fundamental methods of cooling. It is the same cooling principle that our own body uses when moisture (sweat) evaporates and cools the skin. The Munters Oasis™ Indirect Evaporative Cooling (IEC) systems take advantage of evaporation to reject heat without ever adding any moisture to the data center. 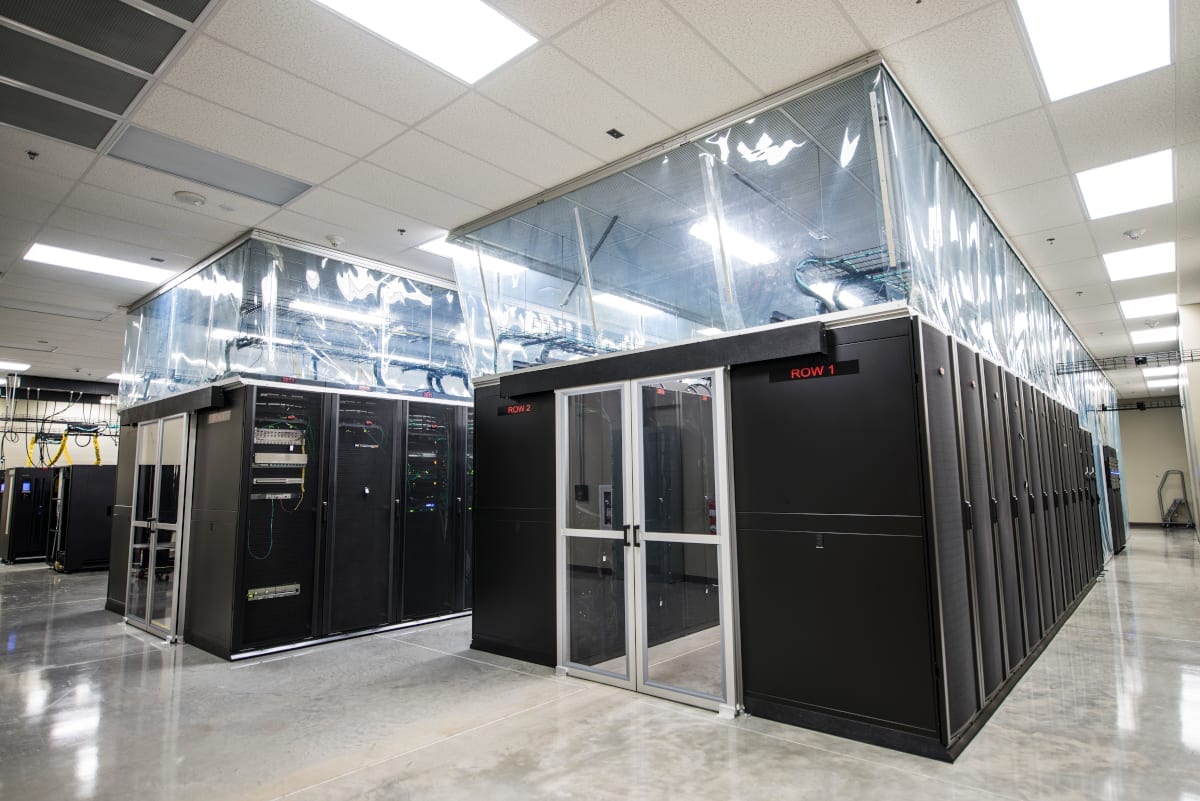 By using hot aisle containment, the hot air leaving the servers is kept separate from the cool air being supplied to the servers, which allows the use of warmer supply air temperatures. This also results in hotter return air temperatures, which is an excellent situation for implementing an indirect evaporative cooling solution. With Munters Oasis™ Indirect Evaporative Coolers (IEC), the air from the data center is cooled using Munters patented Oasis™ polymer heat exchanger, often without the need for supplemental mechanical cooling or water.

On cold and cool days the Oasis™ polymer heat exchanger operates dry and simply acts as an air-to-air heat exchanger. Outside air (commonly referred to as scavenger air) indirectly cools the data center air through normal heat exchange, without the use of any water.

Once the ambient temperature rises to a certain point, the Oasis™ heat exchanger will not be able to provide enough cooling while operating in this dry mode. When this happens, water is pumped from sumps that are internal to the air handlers to spray nozzles that wet the outside surface of the Oasis™ heat exchanger tubes, coating them with a thin layer of water. During the few hours a year when the outside temperatures are too high and moist for the evaporative cooling alone, a small mechanical cooling system (“trim DX”) supplements the evaporative cooling process, so that the air supplied to the data center is maintained at the right temperature. This condition, where refrigeration is required to supplement the IEC, only occurs during ambient conditions with simultaneous high heat and humidity. 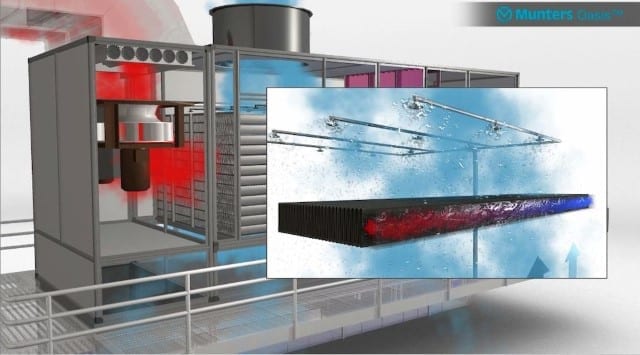 To further improve the system efficiency in this supplemental cooling mode, the condenser coil of the trim DX is located in the scavenger exhaust air stream, after the heat exchanger and mist eliminator. The scavenger exhaust air, because of the evaporative cooling effect, is generally cooler than the ambient temperature whenever refrigeration is required to operate. Because the Oasis™ IEC system is a recirculating system, the data center is cooled without the introduction of outdoor air pollutants that might adversely impact the servers. Since Quincy WA is an agricultural area, air laden with dust, or smoke from burning fields would otherwise impact the data hall if a direct air-side economizer was implemented. 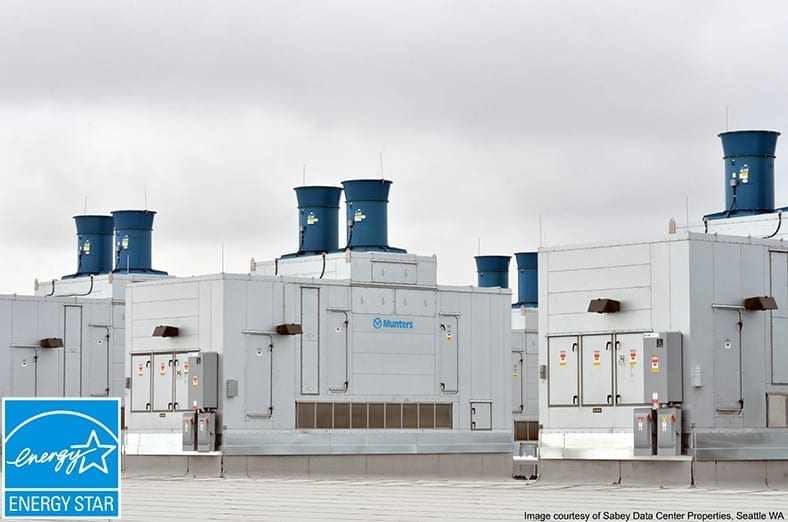 During integrated systems testing at full load in 2012, a peak PUE of 1.25 was recorded – which was a considerable achievement in such hot conditions. The actual running over longer periods has shown the PUE to be below 1.2. This low PUE makes SDC Quincy Sabey facility one of the most effective data centers in the nation.

In 2015, SDC Quincy facility received federal EPA ENERGY STAR® certification for superior energy efficiency with the highest possible green score of 100 points. The facility’s Energy Star efficiency performance rating of 100 is the highest level of power consumption efficiency and represents twice the national average for data centers. SDC Quincy’s energy intensity, or the amount of energy the data center consumes, is 33% below the national average, according to the EPA’s Statement of Energy Performance for the facility.

Will Your Data Center Support Growth?Scaling a data center is one of the most challenging tasks an organization can face.
GET THE E-BOOK
PrevPreviousSabey Awards Ashburn Data Center Project To Southland Industries
NextSabey Launches First Building in Booming N. Virginia Data Center MarketNext